Why Should I Be Honest Online? 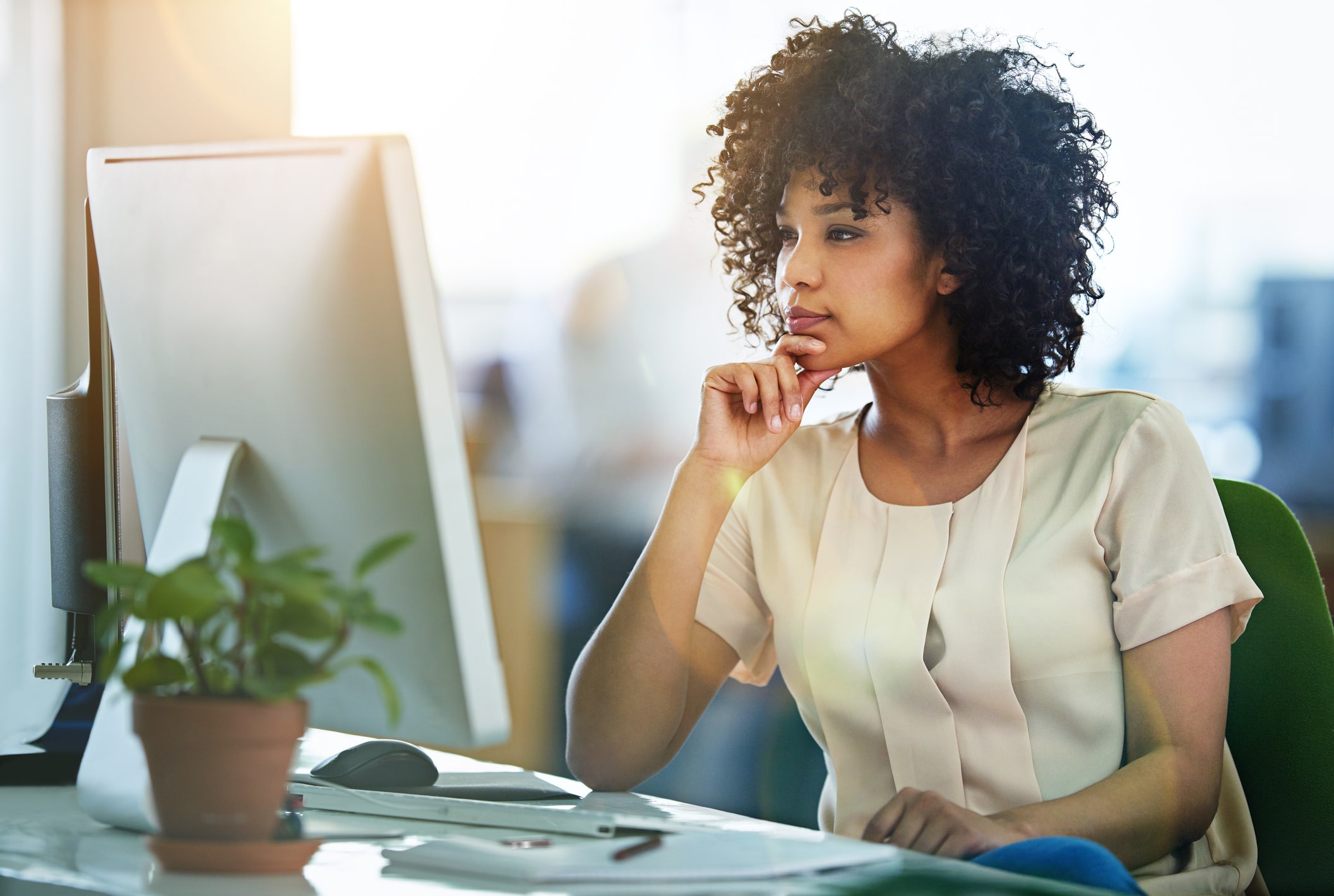 "Why should I be honest online?" Our Reputation Team provides answers to that vital question...

Our mothers may have taught us, "honesty is the best policy," but the lines between fact, opinion and exaggerations have been blurred in the Internet age. In our digital world, people often fabricate their qualities, talents and experiences, or just straight-up lie about who they are. There are apps to make us look thinner and filters to improve our complexion. A recent study found 16 to 32 percent of people admit they are dishonest online. Researchers said, "online deception is the rule, not the exception."

You may ask, "Why should I be honest online? What's wrong with making myself look better by stretching the truth a little? Online deception is so prevalent, it's accepted as the norm, right?"

While we may think nothing of taking steps to improve our appearance or stretch our talents online, there are very real consequences. Let's look closely at the case for maintaining an impeccable online reputation and why honesty online is an integral part of your success.

Why Online Deception is Viewed Differently

While no lie is viewed in a favorable light, lies in an online environment carry a particular stigma when exposed. In fact, one study found people who are bad face-to-face liars are actually very good at lying online, and the digital age has provided the perfect platform.

"Deception is one of the most significant and pervasive social phenomena of our age," noted one of the researchers. Face-to-face lies are often spontaneous. Forgiveness is warranted because we can blame it on miscommunication or a misunderstanding. However, online lies require planning. They are in writing. There's no miscommunication or misunderstanding. The liar definitely intended to deceive viewers. He or she put thought into their lie. In essence, lying was part of their online strategy, and people do not take it lightly. Once a lie is discovered, the person's credibility is damaged. It's not just the liar's online reputation either. Your overall reputation is at stake. Note what Forbes magazine concluded:

Meeting someone in person isn't so much a first impression as it is your chance to confirm or refute what you've already found online.

Why Should I Be Honest Online?

Honesty matters because people are looking. Are people really passing judgment based on your online content? Absolutely. Eighty-six percent of people in one survey said they have used Google to find out more about a person. Note three areas where online people searches are regularly conducted.

For the sake of example, let's follow a job applicant named John. According to HireRight's 2017 employment screening benchmark report, 85 percent of employers caught applicants lying on their resumes. That's up from 66 percent five years ago. However, lying on a resume or online profile doesn't always mean a huge lie. Most of us know it's wrong to make up job experience or list degrees we don't have. However, sometimes we do not view minor exaggerations as lies.

Let's assume John views himself as a fairly honest person. However, he knows the job market is competitive. So, he stretches the truth a little to give him an edge over other candidates on his social media profiles. Although he thinks twice about blatantly lying on a job application, what he has posted online still hurts him. Here are three of his errors in judgment.

John took two online classes at a prestigious university before transferring to a local community college to complete his degree. Even though he didn't graduate or even attend in-person, he lists this school on his social media profile. He omits dates, and lists the program of study he started at the prestigious university after his degree from community college, making it appear he continued on to this university. He's not technically lying. He's just formatting his profile page so the reader will draw certain assumptions.

Next, he puts in an online application for a job. Since the application has required fields for schools, degrees and dates attended, John thinks it's better to leave off his exaggerated academic credentials. However, the recruiter searches John's name, and finds his social media profile. Instead of confirming the information in his application, the recruiter wonders why it's contradictory. She concludes he is either lying online or he didn't take the time to fill out his application completely. She has a stack of well-qualified candidates, and decides not to waste her time doing further research on John.

What's the lesson? John should stick with the facts. He could have bolstered his profile by including his time at the university under a category such as "extra coursework" instead making it appear he was a full-time student who graduated. Add to your education credentials by including professional development, honors or awards, and any other training instead of stretching the truth.

If a recruiter smells a lie, they are not going to waste time investigating. They will simply move on.

Dates are important. If a recruiter contacts your former employer, one of the first details they will ask about is when you started and when you left.

Let's assume John took six months off to care for his newborn when his wife went back to work. He doesn't like how it seems he was unemployed for six months. So, in his online profile, he stretches the dates in between jobs a little to cover the gap.

Once again, though, he knows better than to be deceptive on a job application, so he lists his dates truthfully. Per protocol, the HR manager performs a Google search and finds John's profile. She notes the contradiction. Although, she knows this could be a simple type-o, she decides to move on to less questionable candidates.

Even if she decides to pursue John further, and specifically ask, John is going to have to explain the contradiction. When the recruiter discovers he wasn't completely honest, his credibility will be damaged along with his odds of getting the job. If John was really concerned about the time gap, he should list the time he spent at home with his child. Many working parents can identify with this situation and will most likely look favorably upon it.

There are all types of reasons for gaps in employment. Some people may take time to go back to school, take care of an ill parent or simply pursue a hobby. Be honest about how you've spent your time. It might be what attracts an employer to you.

If you are not sure if you are proficient in a certain skill, you are probably not. As a rule, don't list any skills you aren't prepared to demonstrate during an interview. Just because you used a program once back in college doesn't make you proficient.

John bolstered his online profile with a laundry list of skills. Let's assume he has a business degree and is applying for a job in a marketing department. While he has marketing experience, he is not a graphic designer. He used Photoshop for personal use, so he decides to throw it in. A marketing manager who knows how to use Photoshop is valuable, right? John gets the interview, and it includes an online proficiency test for Photoshop. He fails, and doesn't get the job. Even though the marketing department has a position available which doesn't require Photoshop skills, John is not considered because he damaged his credibility. If he lied about his skills, what else is he lying about?

Stretching the Truth Kills Your Credibility

The bottom line? Don't lie about yourself, online or in-person. Be sure your online profile matches what you would put on a resume or job application. Lying is more common on social media because we want to make ourselves appear better. After all, high school friends, former colleagues and even our ex-boyfriends and girlfriends are looking.

However, remember our future employers are also looking. Discrepancies are red flags. Don't lose a great opportunity by embellishing the details. Employers are checking. It's common for candidates to take skills assessments. Part of today's vetting process involves social media research and background checks. If somehow you slip through with false information, you are never fully off-the-hook. The vetting process may start again if your company merges or undergoes restructuring. It's not uncommon for employers to check up on current employees through social media as well. So, even if you are not actively looking for a job, still keep it honest.

Who is the Real You?

Besides lying about tangible things like skills and education, the Internet is an easy place for us to be someone we are not.

Rest assured that both your business and personal acquaintances can spot a disingenuous online presence a mile away. Does your online presence confirm your real identity or are you portrayed as a poser? Something as simple as drastically altering your picture will create a bad impression when someone meets you in person.

And, what about your online "friends?" Research about honesty reported on by Forbes found "people's standards for morality are dramatically influenced by the behavior of people around them."

Does your boss follow your social media account? If so, he's not only seeing what you post, but also what you like. Do your "likes" promote a dishonest attitude? Do you condone behavior which might raise a red flag at work? "For out of the abundance of the heart, the mouth speaks" is a famous biblical quote (Matthew 12:34). Even non-religious people acknowledge the truthfulness of those words.

Your Online Acquaintances Matter Just as Much as Your Own Actions

No matter how much we try to suppress it, what's on our minds (or in our figurative heart) will eventually become evident by our speech (or online speech). Think carefully, not just about what you say and do online, but also about what your followers say and do. Do you follow public accounts which might question your credibility?

Think of your online activity as a dynamic resume, for everything business and personal. Always assume someone is "Googling" you. Take the time to write down your personal code of ethics. Apply it equally to your real life and your online life.

Questions to Gauge Your Own Online Presence

Note the power of honesty as described in The Mission Podcasts:

Honesty is not just about telling the truth. It's about being real with yourself and others about who you are, what you want and what you need to live your most authentic life. Honesty promotes openness, empowers us and enables us to develop consistency in how we present the facts. [And] honesty sharpens our perception and allows us to observe everything around us with clarity.

Clearly, being honest is not just about getting a job, winning over voters or getting new clients. It's about being true to yourself. Honesty empowers you to be the best you can be, both online and in the real world.

The team at Reputation Sciences™ is dedicated to helping you develop an online reputation to showcase the real you. Contact our team to learn more about how effective personal reputation management can prove to be a valuable asset.