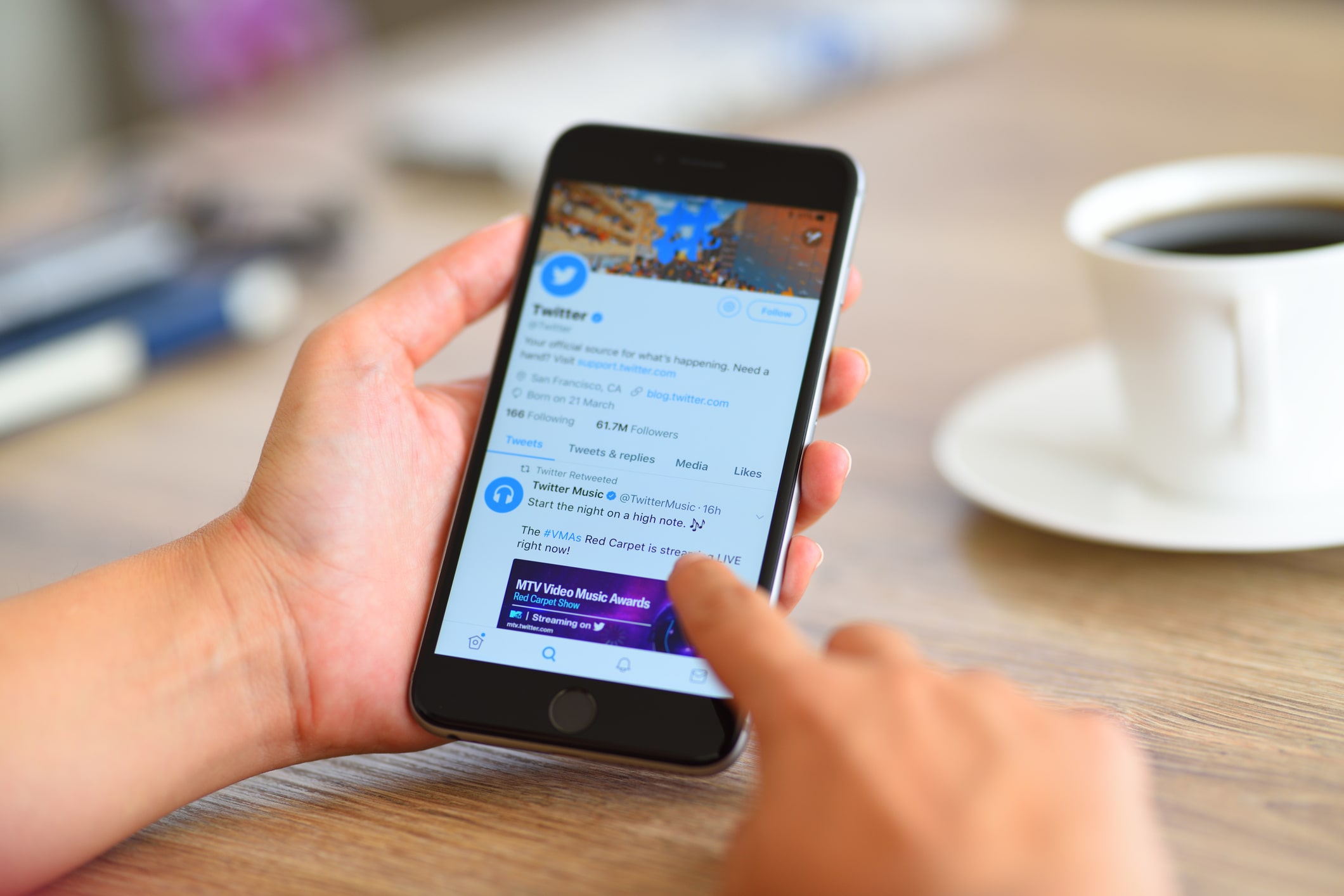 Beyond Conservative or Liberal: The Universal Media Bias and Importance of Public Perception Online

In this post, Reputation Sciences™ looks at real-life scenarios and the business consequences of fake news and media bias. Businesses today must understand the importance of public perception online. And they need to prepare for the new digital battlefield of corporate reputation warfare. We'll highlight the importance of vigilance, preparation, and strategic planning to deal with public attacks. This is what all accountable CMOs, CEOs, and SME owners need for effective online corporate reputation management.

"A lie can travel halfway around the world while the truth is putting on its shoes."

This pearl of wisdom, questionably attributed to Mark Twain, Jonathan Swift, Thomas Jefferson, or Winston Churchill depending upon who you ask, is no longer applicable in the digital age of the 21st Century. In the age of hyper-speed communication, a lie can race around the world in seconds if it's sensational enough. And therein lies the true universal root of media bias. It truly is a case of Ready, Fire, Aim. Fake news can make news and the share and retweet buttons don't care about the facts.

Any viral story, comment, or image can catch the attention of media, mainstream or otherwise and outpace the usual fact-checking. "Reliable sources" are artifacts of the print era. Today reporters tell the story as it develops often without knowing let alone having time to check the facts. Anyone with a smartphone and an attitude is a potential source for a negative media blitz. When bold headline blunders are brought to light any feeble retractions issued after the fact are equivalent to chasing a speeding bullet with a butterfly net. And the need to retract a false report is hardly a deterrent for those who measure success by the number of landing page hits. Retractions rarely go viral.

Any indiscriminate rant or even a casual comment perceived as politically incorrect can become fodder for the media cannons, and we've already discussed the haphazard way they go off.

First of all, the term "media bias" conjures up images of political intrigue and maneuvering. Ask conservatives and they'll tell you that the mainstream media is liberal. Ask a liberal and they'll claim that the media is a tool of the ruling class. But for businesses, political bias takes a backseat to the true motivator in the hyper communicating world of our digital age, and that prime mover is the manipulation of public perception.

Hot button issues can all come into play against high profile companies and individuals. And the higher the profile, the wider the target for rivals, rogue employees, or anonymous disgruntled persons. A reputable small enterprise minding its own business could go under because it hasn't maintained the vigilance necessary to be aware that their valuable online reputation is in the cross-hairs of an online attack.

Politics Aside, Fake News Can Happen to Anyone

Whether the media is promoting a liberal or conservative agenda is beside the point. Though, it does play a role in public perception. Woe to the enterprise that happens to get caught in the politically motivated media crossfire. We'll take a look at the consequences of the infamous "Pizzagate" case below. It’s a cautionary tale for any SME who might think they're immune from media bias because they rely primarily on local foot traffic.

The most important priority for both mainstream and social media platforms alike is producing sensational content which is profitable. The more views they can attract, the more valuable the ad space. Circulation and viewership have always been the mainstay of traditional print and broadcast journalism and that fundamental hasn't changed in the age of digital media. If your business can generate that controversy, false facts and questionable sources won't deter the sensation biased media.

"If it's on the internet, it must be true"

Yes, many of us make this quip with our tongues firmly in our cheeks. Sadly, in the global arena of the internet, credibility, and authority can be difficult to discern. And there is always a significant segment of the population still gullible enough to believe that "If it's on the internet, it must be true."

This mentality is often accompanied by "Wait until my friends see this!" It's the 21st Century version of "Extra, extra, read all about it!” It's self-perpetuating at no extra cost to the original publisher and unhindered by fact-checking. For a business caught in the fake news crossfire, a 240-character retraction on Twitter is small compensation for the original false retweets heard round the world. As soon as the story is viral, the mainstream media picks it up and fake news becomes even harder to discern.

In other words, controversy is lucrative. Too frequently, traditional journalistic integrity takes a back seat to click-baiting sensationalism. The old-fashioned concept of a fact-based "scoop" has given way to the lure of a story going viral. Credible sources are no longer as important as click-baiting headlines.

If you or your company becomes the target of malicious "fake news," your business may fall to its knees before you even think of putting on your shoes.

"Pizzagate" is the infamous tag for the fake news scandal that put fake news itself in the spotlight. The story is a recipe for sensational disaster combining many hot-button ingredients. It's a tale of politics, satanic symbols and rituals, pedophilia, and sex-trafficking by a presidential candidate. As the Washington Post reported with their headline, it was a story that went "from rumor, to hashtag, to gunfire" in Washington DC.

Ed Welch is one of many internet users falling for fake news these days. He's the perfect example of a loose cannon unleashed. this is all too common around the world when fake news makes the rounds on the internet. While the rumor about Hillary Clinton running an underground child-trafficking ring from a basement under a pizza parlor in Washington DC might be as equally outrageous as the likelihood of the presidential candidate adopting an alien baby to most of us, that discernment was a virtue Ed Welch lacked.

Welch took the rumor to heart, armed himself with an AR-15 and a .38 caliber pistol. And Welch headed to Comet Ping Pong to break up the supposed satanic child sex slave ring himself. Fortunately, wannabe hero Welch discovered that there is no basement at Comet Ping Pong. So, he took out his frustrations by shooting a computer closet and then laid his guns on the table and surrendered.

There were no human casualties from the gunfire. But Comet Ping Pong's owner James Alefantis would surely agree that his enterprise's online reputation was a casualty of false news and the insatiable media bias which feeds on controversy. The story launched by shadowy online trolls at Reddit and 4chan enticed the right-wing media firebrand, Alex Jones. And so they broadcast it to millions.

Negative reviews bagan to flood into Comet's Yelp and Facebook pages. Pictures of Alefanti and his employees were posted online, labeling them as criminals. Phones had to be unplugged to avoid the deluge of obscene calls and death threats. Alex Jones made what Alefantis describes as a "half-hearted apology", but as we've noted previously that statement hasn't received a fraction of the attention of the original Pizzagate scandal.

Today, thanks to local community support James Alefantis reports that Comet Ping Pong managed to weather the storm but maintaining his online reputation is an ongoing effort.

When a Twitter user deceived thousands by claiming that Harley-Davidson's CEO Matthew Levatich accused President Trump of being a moron he found himself and his corporation under attack in June of 2018.  The fake news perpetrator tweets under the account registered as @tinselman. The same account attributes fake news to the Indianapolis Star which reported on both incidents at IndyStar.com.

The fabricated quote deviously ascribed to CEO Levatich is a perfect example of Ready, Fire, Aim. IndyStar reports that the fake quote was retweeted upward of 35,000 times by prominent Tweeters including author Stephen King who has 4.86 million followers of his own at the time of this writing.

Levatich quickly responded on the official Harley Davidson account. He denounced the practice of spreading fake news, but the original fake quote was beyond reining in. With an army of fervent anti-Trump retweeters joining Stephen King, the notorious quote quickly evolved on Google Trends with a rash of searches for keywords including "Matthew Levatich, Trump, moron."

As we can see at the link above, Harley Davidson has done the necessary damage control to expose this incident of fake news via prominent rebuttals in the SERP rankings. The story provides an example for all corporations and CEOs of the need for social media monitoring and vigilance.

But CEOs don't necessarily have to be the victims of malicious Twitter trolls and fake news. As we'll see below sometimes even the masters of social media underestimate the media's insatiable appetite for controversy.

Social media failures seem obvious to most people not involved, although, the CEO of a social platform management site should be able to sidestep these issues. Unfortunately Hootsuite founder and CEO Ryan Holmes was unable to avoid getting caught in a tweet debate.

VentureBeat tech news reported last August of 2017 on how Holmes, the author of The 4 Billion Dollar Tweet: A Guide for Getting Leaders Off the Social Sidelines did just that by placing himself center stage with an impulsive tweet directed at a writer for Bloomberg who titled his article "Hootsuite: The unicorn that never was.”

Nothing can fire up a CEO faster than implications that executives have been less than truthful about their company's valuation. The Bloomberg article suggested that Hootsuite's $1 billion evaluation was closer to $700 to $750 million. CEO Holmes responded with a quintessential "ready, fire, aim response" which directed the offending reporter to a sex hotline.

The intrepid CEO is spinning the incident, as he says, by owning it. But this single tweet still clings to his online reputation more than a year later. A Google search for "Hootsuite CEO Ryan Holmes" still places reports on apologies for the incident on page one of Google.

In addition, the crude tweet also fueled a backlash of comments and speculation about Hootsuite's primitive corporate culture. Holmes "ready, fire, aim" moment spotlights the importance of CEO discretion and attention to online reputation management. Even when the CEO is a media expert himself. It can happen to the best of us.

Any company at any time can find itself in the clutches of a media storm. From family-owned SMEs to international corporations, every business must stay vigilant. Negative media campaigns can wipe out years of hard-earned reputation, positive customer opinions, and a carefully cultivated web presence.

For corporations, the very complexity of the corporate structure increases vulnerability to online attacks. Online reputation has never been more important to profit and growth. And an organization simply can't afford to allow today's online media to control the conversation.

At Reputation Sciences™ we have the proprietary digital technology and the experts to prepare and work with your organization for any media storm. We understand the importance of public perception online uniquely and only we have decades in media, technology, corporate and leadership . We are experts at controlling the conversation, positive assets, and developing reputation management strategies. Establishing Reputation Sciences™ has made it our mission to optimize control of your corporate online reputation.