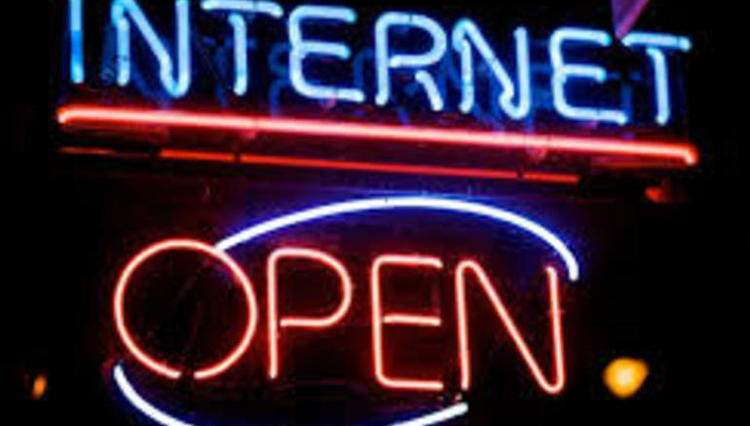 President Donald Trump is expected to sign a measure repealing online privacy rules. This would have required Internet Service Providers to get the explicit permission of their customers, before selling their personal information.

Congress voted to repeal privacy regulations in March, and sent the measure to the president for his signature. They were adopted by the Federal Communications Commission last October, but never went into effect.

The repeal came over the protests of privacy advocates. This was expected since Trump became president, and sets up larger fights later this year over Obama-era net neutrality requirements.

Republicans have been itching to kill net neutrality rules since even before the FCC adopted them in 2015. And with Tump-appointed Ajit Pai now chairing the agency, they may have the political muscle to get it done. “We need to fire up the weed whacker,” Pai said, “and remove those rules that are holding back investment, innovation, and job creation.”

If net neutrality rules are removed, supporters of the FCC rules warn, small business owners will be the biggest losers; it could make it that much harder to control their online brands.

Privacy advocates argue that rolling back the online privacy regulations means broadband providers like Comcast and AT&T can do whatever they want to do with their customers’ data. “Advertisers and marketers are lining up to get access to all the information that’s now available about us,” said Jeff Chester, of the Center for Digital Democracy.

The reversal of those regulations is seen as a victory for major ISPs. But a spokesman for Comcast says its customers have nothing to worry about. “We do not sell our broadband customers’ individual web browsing history,” said privacy officer Gerard Lewis. “We did not do it before the FCC’s rules were adopted, and we have no plans to do so.” In separate statements, Verizon and AT&T concurred.

If the Obama-era regulations had gone into effect, then ordinary Internet users would have had more say in how ISPs use the data they collect, like browsing history. ISPs already collect user data, but the regulations would have required them to get explicit permission from customers before sharing it with advertisers and marketers.

The repeal of those regulations came without the support of Democrats. “Overwhelmingly, the American people do not agree with Republicans that this information should be sold, and it certainly should not be sold without your permission,” said House minority leader Nancy Pelosi. “Our broadband providers know deeply personal information about us and our families.”

The big ISPs argued that the FCC regulations weren’t fair, because they didn’t apply to companies like Google or Facebook.

“The FCC Made a Mistake”

Now, a larger battle looms over net neutrality – the idea that ISPs have to treat all Web traffic equally.

Under Obama-era net neutrality rules, which are still in effect, the FCC placed restrictions on broadband providers. In particular, they are not allowed to deliberately speed up, slow down, or block traffic on specific websites and apps. They can establish so-called “fast lanes,” in which data is streamed at faster rates, only in certain cases, such as remote heart monitoring, where data speed might be the difference between life and death.

Ajit Pai, appointed to the FCC by Obama in 2012 and elevated to its Chairmanship by Trump, calls those net neutrality regulations a mistake. “[That] approach injected tremendous uncertainty into the broadband market,” he said in February. “And uncertainty is the enemy of growth.”

Life in the Fast Lanes

There doesn’t seem to be much doubt: change is headed our way. The days of the open Internet are numbered. Those fast lanes will be available for those who can pay for it; everyone else can expect to be shunted into the slow lane. The speed of the links we click and the sites we visit will be determined by the ISPs. They’ll be free to broker deals with content providers willing and able to pay to stream on the fast lanes.

“The Internet has become the amazing tool that it is because it is largely left untouched by regulation,” said U.S. Rep. Kevin McCarthy, a California Republican. “That shouldn’t stop now.”

Writing in New York magazine, journalist Brian Feldman said the ISPs look at it this way: if we own the information superhighway, why can’t we charge tolls?

As a result, critics say, small businesses are going to suffer. They don’t have the deep pockets of a major player, such as Google or Netflix. Unable to pay to access Internet fast lanes, managing and cultivate their brands and online reputations will suffer.

Those same critics are not without hope. “The good news,” said Timothy Karr of Free Press, a longtime proponent of net neutrality, “is that millions of people on both the left and right are willing to take action against net neutrality foes in Congress and at the FCC.” The fight for an open Internet, he said, never ends.

Max Temkin, creator of a popular game called “Cards Against Humanity,” says he is willing to take up that fight. If net neutrality is rescinded, he tweeted, “I will buy the browser history of every congressman and congressional aide and publish it.”

As Evan Greer, campaign director for the digital rights group Fight for the Future, put it: “Congress should know by now that when you come for the Internet, the Internet comes for you.”