Fake News: What You See Vs. What You Don't 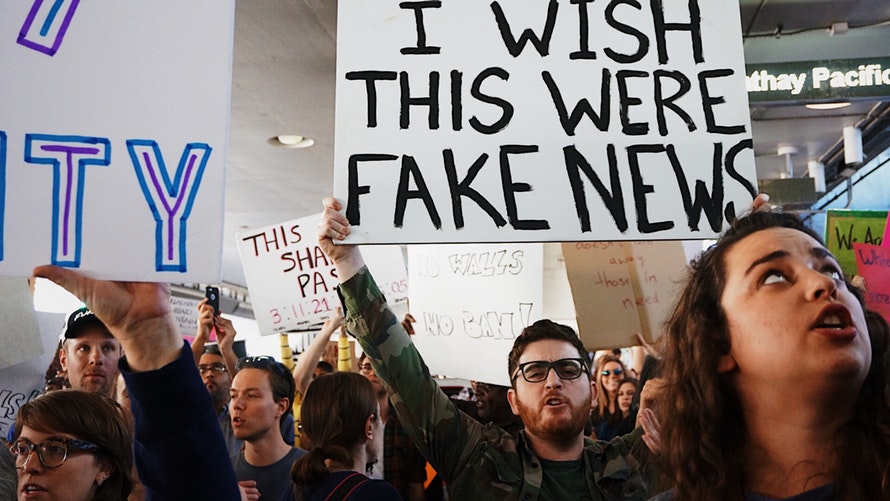 It’s hard to escape the level of noise these days surrounding the idea of “fake news.”  The term was thrust into the national conversation during the recent presidential campaign and will likely have considerable staying power. No matter where you rest on the political spectrum, it’s hard to deny the buzz, debate and backlash that surround the issue of this mostly online artifice, not to mention the way it continues to shape the modern-day dialogue.

So, what is fake news, exactly?

In its most current iteration and understanding, fake news seems to be a catchall term for “gotcha” journalism; the spread of so-called ‘disinformation’ that, while delivered as legitimate news from a credible news source, is rather scurrilous, unsupported by evidence, and in existence solely to fuel or lend credence to a narrative. Seen primarily as a threat to undermine those levying the claim, news items charged as disingenuous tends to be quickly and very publicly dismissed. This may seem an attempt at delegitimizing the story, its author and its source, all in one fell swoop.

What’s even more fascinating about the fake news phenomenon is not how quickly it has become entrenched in the national conversation, nor how casually, even haphazardly, the idea seems to be tossed around or applied these days. What is really interesting is how much its definition and application seems to differ on either side of the partisan divide.  Whereas one side will hurl a fake-news claim at stories and sites considered less-established and more on the fringes of the Web, the other will return fire by lobbing such accusations at longtime media stalwarts (print, TV and otherwise), leaving either side subject to questions of credibility and solid footing. In the end, any such claim mainly succeeds in muddying the waters between truth and falsehood.

The end result of this disagreement is the obfuscation, even alienation, of the truth. Regardless of a story’s veracity, its crux, and the most basic facts and evidence within, are ultimately left open to interpretation. The fake news controversy encourages a sense of doubt, of fiction, to even the most verifiable, and verified, of details, no matter their actual truth or the people, event or issue they pertain to.

It may not be the truth or fiction within the piece that ultimately dictates its authenticity, but the perception of artifice. The stigma of the fake news label, depending on where and who it originated from, can resonate with a considerable segment of the population, creating a widespread perception that then shapes and solidifies mass opinion of the article, the author and its organization well into the future.

The perception of fake news, though many times highly subjective, and sometimes perhaps a bit misguided, can have the impact of bending reality to its will, shaping a new destiny for a piece of information, the way it is disseminated and, eventually, the people it is built around.

The Fake News You Don’t Hear About

News articles and organizations tend to receive the brunt of the Fake News fallout these days, and understandably so. After all, it is still newspapers, TV stations and their online counterparts performing the major reporting duties on anything and everything political. True or not, accusations of impropriety and inaccurate reporting will always be thrown at journalists first, particularly by those they’re charged with covering.

But what about those items that don’t receive the same level of media attention as news articles? They may involve misleading or false claims about individuals, professionals and businesses with little supporting evidence, yet receive enough visibility in a way that creates the impression of credibility.

Such items have been around since long before the current Fake News phenomenon, and include anything from news article mentions, gossip site posts and social media gripes to customer reviews and court case records. Yet they may fit the definition of fake news more aptly than most news articles, and tend to gain and maintain online momentum and prominence that far outlasts the 24-hour news cycle.

The mere mention of a person or organization’s name within something negative, regardless of the context or their level of involvement, greatly increases the odds of that item appearing in search results pages…those that populate the screen whenever their name or brand is searched. Once such an item appears on Google’s first page, that job seeker, professional, start-up firm or corporation has fake news of their very own; something that will most likely have real consequences for how they’re perceived for years down the road.

For the most part, major news organizations will come out the other side of the current ‘fake news’ uproar relatively unscathed. These organizations have the resources and the experience needed to adapt and push through whatever political backlash comes their way. Some, in fact, have greatly benefited from the attention, attracting increased readership, ratings and revenue as a result.

Unfortunately, the other fake news, the one that rarely receives widespread media attention, doesn’t operate on a cycle, and has no end date in sight. In this case, the perception these items create become actual long-term realities, carving into images, potential and legacies for years on end. Without awareness or vigilance, such “news” can forever stigmatize a name or brand, driving it into oblivion.